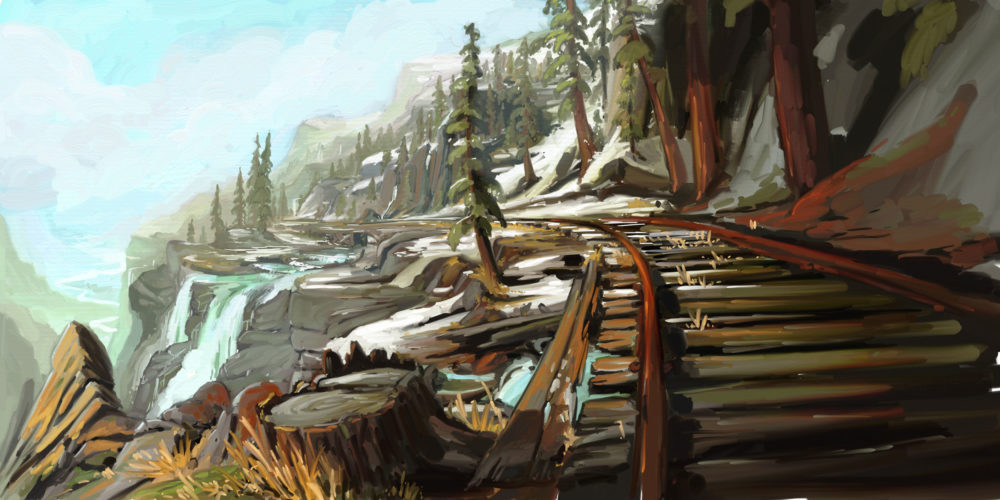 It was an exciting morning. I discovered that the good folks over at ArtRage added script recording to their iPad app. After the download and a quick cup of coffee I started doodling this little mountain railway scene.

I was really geeking out over this new addition because a few weeks back I had requested this very feature and now it was a reality. Major props to the ArtRage dev team on this one. I’m sure the idea was in the pipes long before I had ever thought of it. Super fantastic, I can’t wait to see what else you have up your sleeves.

After exporting my thumbnail script I up-ressed the painting on the desktop app and went to town. This whole process worked exactly as I had imagined. With the newly expanded canvas on my mac I was able to really flush the painting out, smudge it up and add in a lot of detail that would have taken forever on the iPad.

I really like this new workflow. Its simple, straight forward and functional. I can see myself using this a lot in the future.